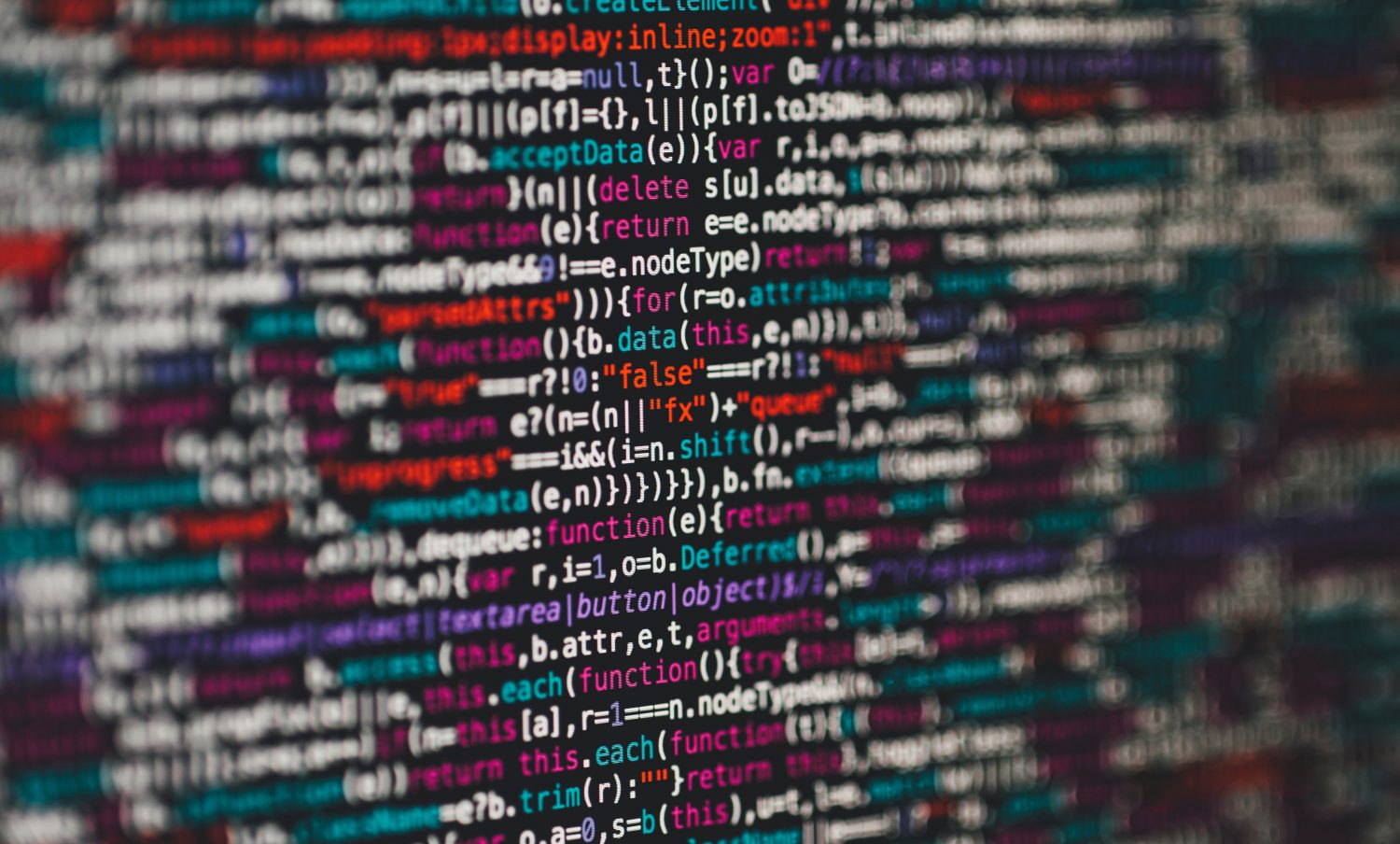 You’re probably here because you either saw a presentation I gave with this name – or someone shared the link with you.

On this page I’ll share the scientific papers and references I used for this presentation. If you want to comment – or disagree – feel free to tweet me @eatsleepwkrpt or hit me on LinkedIn. If you liked it a lot of this discussion is covered, in much more depth, in The Joy of Work book.

The first boss we discussed was Frederick Piech. While Piech wasn’t the CEO at the time of the VW Dieselgate saga, he was credited by former workers at the company by creating a ruthless culture, obsessed with achieving results. Much of this is covered in Amy Edmondson’s 2019 book, The Fearless Organization.

In 2014 VW had sold 10m cars making it the biggest car manufacturer in the world but by the middle 2015 its reputation was in tatters. The ‘clean diesel’ engines that the company had been using to drive sales were found to be a hoax. The company reported its first loss in 15 years, a third of its value was wiped away and the CEO Martin Winterkorn resigned.

When Winterkorn had become CEO in 2007 he’d set the goal of tripling US sales in 10 years – thereby overtaking GM and Toyota to become the world’s number 1 car brand. Diesel engines were vital for this – on the back of their better fuel performance. There was only one problem, Diesel engines couldn’t pass the US environmental regulations. Engineers told the bosses: the standards were unreachable “We can do quite a bit, and we will do quite a bit. But impossible we cannot do”. They eventually solved the challenges facing them by writing lines of code into the software that told the engine to go into a lower performance, clean mode when they were being tested for emissions.

In contrast when they were actually on the road, according to Amy Edmondson, “the so-called clean diesel engines spewed into the atmosphere as much as 40 times the level of NOx permitted by regulations”.

In the post-mortem that followed people described Winterkorn being “unpleasant and loud and quite demeaning” when checking their progress. But Edmondson lays the blame at the door of VW’s former CEO, Ferdinand Piech. “Piech had been convinced that terrorising subordinates was the way to achieve profitable design”. According to Edmondson Piech told his team at one stage: ‘I am tired of all these lousy body fits. You have six weeks to achieve world-class body fits. I have all of your names. If you we do not have good body fits in six weeks, I will replace all of you”. In other words failure to deliver impossible standards wasn’t an acceptable answer.

Let’s look at people who have researched the impact of stress on creativity. Jakk Panksepp was one such neuroscientist.

In the case of rats, Panksepp found that the thrill of searching was often more potent than the satisfaction of achieving something. They’d stop feeding when they were full, but they never seemed to tire of exploring. In Panksepp’s opinion, each rat’s brain was ‘an exploratory system; it was about generating expectancies, seeking rewards’. It fulfilled the neuroscientist Professor Sophie Scott’s view of the brain as ‘a novelty-seeking machine’. Panksepp’s rats displayed an innate desire to explore new places, to try new things, to test openings – what Panksepp characterised as ‘seeking and play systems’. In human terms, those seeking and play systems are what you or I might call creativity.

Or that’s the case until fear is triggered in them. When Panksepp placed cat hair among his rat subjects, they were immediately terrified. And once the rats were scared, they stopped creative play and exploration completely. What’s more they didn’t return to their creative play for three to five days after the cat hair had been removed (the cage was thoroughly cleaned but the trauma of stress persisted in their bodies). With humans, this delay is what Teresa Amabile has described as ‘pressure hangover’.

If you’re interested in this Gregory Berns experiments with Skinner Boxes are also fascinating. As he says: “The most concrete thing that neuroscience tells us is that when the fear system of the brain is active, exploratory activity and risk-taking are turned off”. It seems shouting at engineers isn’t the best way to get them to solve a problem. A lot of this draws on themes of psychological safety that Amy Edmondson has written about. When we feel bosses will back us we seem inclined to do better work.

Next up is Elon Musk. Musk has asserted what a lot of people believe that the secret of success is long hours and hustle rather than work combined with rest.

Musk has described sleeping in a sleeping bag in the Tesla factory in the last year. It does force you to ask the question what the CEO of a firm could actually accomplish by sleeping under his desk. Surely that’s just performance for those around him – and maybe that performance plays a part in driving morale but it seems emotional rather than rational behaviour.

It’s surprising that someone as logical as Musk would say that long hours are best, you’d have thought that he would have wanted to look at facts. John Pencavel from Stanford did look at facts. He saw that marginal output for manual workers (like on Musk’s production line) started falling shortly over 40 hours. After about 56 hours a week marginal productivity of each hour was negative. It was always better working less than that as you were destroying output by working longer.

The most interesting science we can look at here is based on ‘ego depletion’. When it comes to cognitive (rather than physical) work it appears that the sweetspot for working is even lower.

Now you’ll find lost of debate about ego depletion in the papers, almost without exception researcher agree that thinking more reduces marginal cognitive power – the debate is how much is left when you hit empty. This paper is a good start point for ego depletion.

While he wasn’t the only person responsible, Frank Lloyd Wright was one of the architects who gave us open plan offices.

The promise of open plan is wonderful. Vast open savannahs of creativity. But let’s not focus on what they could create, lets work at what they do create.

One piece of work suggested that the main thing that Open Plan accomplishes is an explosion of emails.

Probably one of the best bits of evidence I can show you on Open Plan comes from an experiment called the Coding Wars Games. It took 600 developers from 100 different companies and put them into 300 teams of two – with everyone working at their normal desk. They were given free reign to create a medium sized program to perform a task. They could do it in any language they wanted – the only stipulation was they had to do it in their normal conditions.

This brings us to our last boss. Reid Hastings is the CEO. He is credited with creating the Netflix Culture Deck which asserts that Netflix is a team not a family.

They are very clear that people working at Netflix are there to do a job, not make friends. So does friendship and belonging act in service of anything in human behaviour. Or is it just a ‘soft’ quality that we can learn to do without?

It was Frederick II’s experiments on children that taught us about the importance of belonging. Intent on unearthing the raw, native language of humankind – the language we’d speak if we weren’t taught one – he took some infants into his care, giving the express instruction to their nurses that they were not to touch or interact with the babies in any way: showing them love or talking to them was prohibited. The outcome must have come as a surprise and a disappointment to Frederick.

Subjected to social neglect, the children did not discover some true atavistic language. Instead, starved of all affection and human engagement, the infants simply died: because they had no sense that they mattered to others there was no reason for them to continue living. Frederick had unearthed a fundamental truth: if we don’t feel we are loved or belong, we give up.

Belongingness is as important as food & shelter

Roy Baumeister and Mark Leary’s paper on belonging asserted that belonging was important as any other human need – counter to what Maslow might have told us. Their paper is very heavily peer reviewed and validated on Google Scholar.

‘Even a quick glance at research on social behaviour raises the possibility that much of what human beings do is done in the service of belongingness,’ the researchers stated. ‘If we don’t belong we feel no value. We suggest that belongingness can be almost as compelling a need as food and that human culture is significantly conditioned by the pressure to provide belongingness.’

Julianne Holt-Lunstad’s meta-analysis of research covering 3.4 million adults found that loneliness increased an individual risk of pre-mature death by 50% (in constrast obesity raises it by 30%). ‘Being connected to others socially is widely considered a fundamental human need, crucial to both wellbeing and survival’.

If you’re looking for simple ways to improve work – to feel less burned out and to become more creative – this presentation is a good place to start.

The podcast Eat Sleep Work Repeat is also a good resource. Every week or so there’s a discussion with an academic who has researched how to improve work. 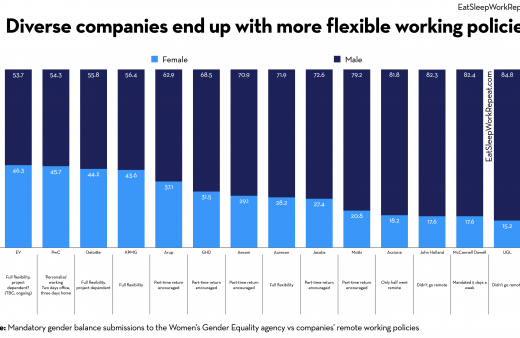 Proof that flexible working is a battle for equality Sign up to receive this newsletter each week Male-dominated firms are more likely to insist on workers going back to...